During the period of TowerBrook Fund II’s investment, Sports Capital Holdings was the holding company for the partnership interests of the St. Louis Blues Hockey Club and the entities that hold the rights to operate the Scottrade Center arena in St. Louis, Missouri. The St. Louis Blues is one of the National Hockey League’s strongest and most storied franchises. The Scottrade Center in downtown St. Louis, opened in 1994, is one of the premier sports and entertainment complexes in the U.S. In addition to hosting Blues games, the Scottrade Center features concerts, ice shows, family shows, wrestling and other sporting events. TowerBrook exited its investment in 2019 when Sports Capital Holdings sold its remaining interest in the St. Louis Blues, the Enterprise Center and related assets to majority owner Tom Stillman and his investor group. 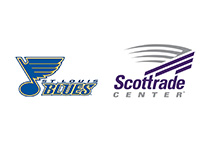