During the period of TowerBrook Fund III’s investment, Phase Eight was a design-led apparel retailer focused on women aged 30 to 55 with moderate disposable income. Under TowerBrook’s ownership, Phase Eight grew its network from 231 stores and concessions in the U.K. and Ireland to 438 stores and concessions across 18 countries and markets, including Germany, Switzerland, Sweden, the Netherlands, the Middle East, Hong Kong, Singapore, Malaysia and Australia. TowerBrook exited its investment in Phase Eight in 2015 via a sale of the company to The Foschini Group, a South African independent chain store group. 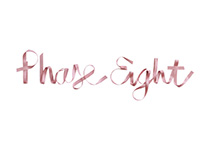